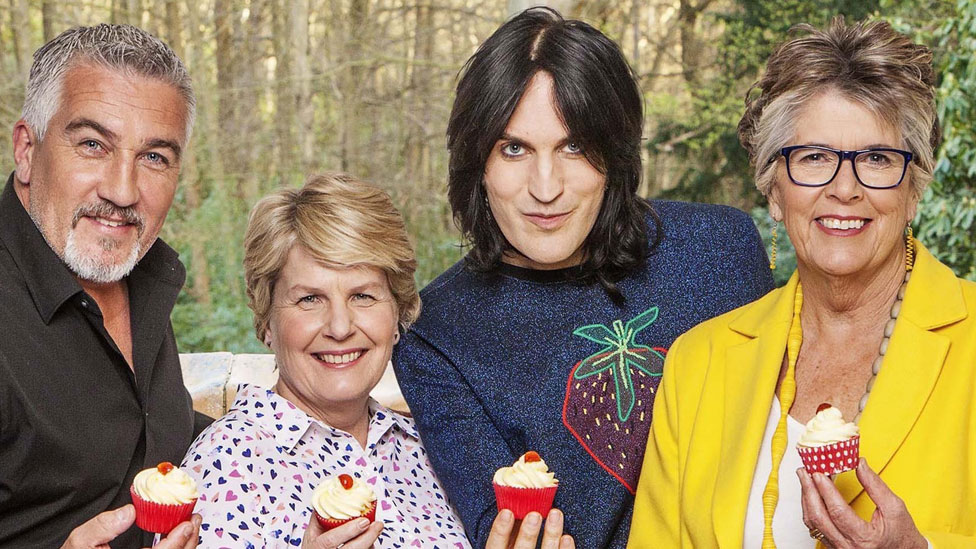 Bake Off fans give mixed response to official team photo

Fans of the Great British Bake Off are decidedly mixed about seeing the new presenting line-up officially together for the first time.

Hollywood decided to stay with the show while Perkins, Berry and Giedroyc chose to remain with the BBC instead.

A number of fans are just not keen on the changes made to Bake Off after the BBC lost the contract to broadcast it after Love Productions, who make the show, signed a three-year deal with Channel 4.

Another fan wrote: “No! Just no! Much of the nation took this programme to its heart. Winning formula. Hugely popular. It worked. And then…this! 😰#GBBO.”

“Looks like someone has superimposed Noel’s face on Sue’s body & Pru’s face on Mary. Super awkward, just like the show probably will be #GBBO,” wrote another Twitter user..

But some are prepared to give the new team a chance, with one tweeting: “Why’s everyone hating on the new #gbbo line up. I am so excited for Paul Hollywood and Noel Fielding to start a bromance 😍😍 #ilovecake.”

Another added: “It doesn’t bother me at all – I like Sandi and Noel and I think it will be every bit as good as it was on the BBC. You’ll see! #GBBO.”