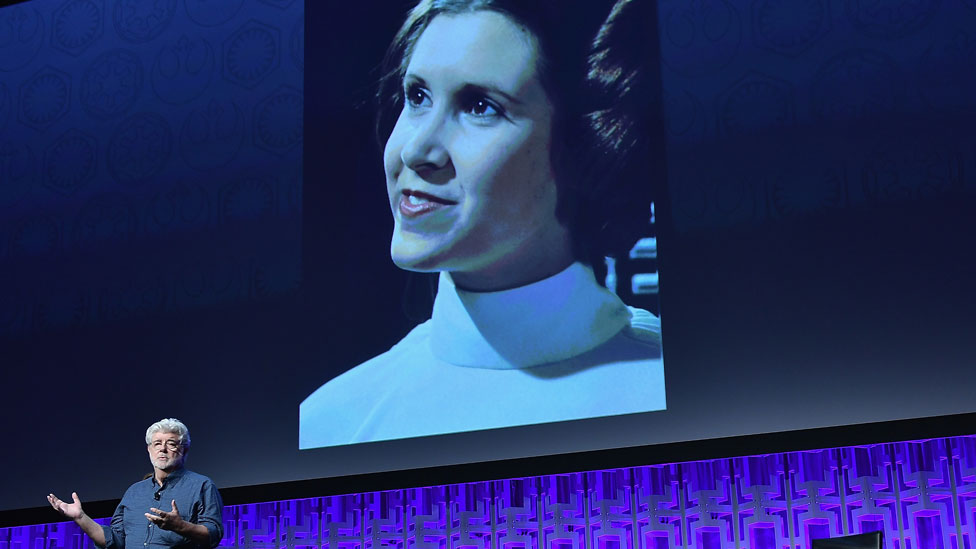 “She was brilliant, and obviously we will all miss her, but she will always be the princess who took command and never backed down,” he added.

Lucas added: “She was the boss. It was her war, and when I cast it, I said I want somebody young to play the part.

“When Carrie came in, she was that character. There are not very many people like her. They are one in a billion. For this particular part, it was absolutely perfect.”

The celebration also saw other stars from the film series take to the stage, including Fisher’s daughter, Billie Lourd, who will appear in the upcoming Star Wars: The Last Jedi, which is released in December.

“My mom, like Leia, was never afraid to speak her mind,” she said.

Star Wars Celebration is a fan experience which features interview panels, exhibitions, merchandise stalls and autograph signing. Here are some of the other stars from the sci-fi extravaganza who took part: