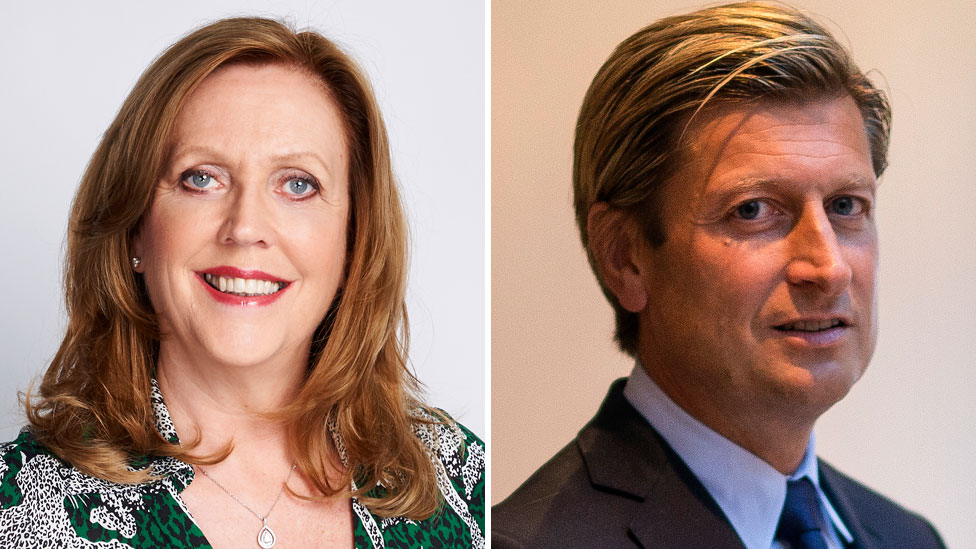 How did the new Dragons make their millions?

One is Crystal Palace chairman Steve Parish and the other is Jenny Campbell, a cash machine business founder.

We’ll first see how readily they part with their cash when the new series starts this summer.

In the meantime, let’s look at how the new Dragons made their money.

Steve Parish began life as a budding businessman as soon as he left school at 18.

His chosen line of work was a long way from football in advertising and computer graphics. The company was Adplates and while working there Parish was already thinking of creating his own empire, starting by founding a company called Turning Point Technologies. He then went on to buy Adplates itself and gave it his own stamp by renaming it Tag.

Tag grew from a 50 staff-member team making under £4m a year into a big brand promoter, with thousands of employees in 13 offices around the world and making more than £180m annually.

When he came to sell Tag in 2011, Parish made in the region of £150m. And with that money, he bought his passion – Crystal Palace FC – a team he had supported since childhood.

His success with the club in the seven years he’s been there has seen him save it from financial ruin and take it into the Premier League.

On bringing his experience to Dragons’ Den, Parish says: “I’m thrilled to become a Dragon and really excited to meet the entrepreneurs in this series, see what ideas they bring to the Den and how I might be able to help them grow.”

Another early starter, Campbell left school at 16 and aptly began her working life counting cash in a NatWest bank and checking customers’ signatures on cheques.

She soon rose up the ranks and into head office where she had several jobs including being part of the team overseeing the merger of NatWest and RBS.

After 30 years in banking Campbell sought to become an entrepreneur in her own right – in the cash machine business.

Like Parish, she took a failing enterprise, saw its potential and pulled it from the debt quagmire onto the road of pan-European success.

In the height of the financial crash she bought it out, relaunched it as YourCash Europe Ltd and become the majority shareholder.

Ten years later, she sold YourCash for £50m and now dedicates her work time to encouraging and teaching others how to succeed.

Previously awarded Business Woman of the Year, Campbell’s work ethic is “live by corporate standards, but breathe like an entrepreneur”.

Of joining the Dragons, she says: “As a fan of Dragons’ Den I’m very excited to be taking my seat in the line-up and bringing my own unique style to the Den. I’m looking forward to using my extensive business skills to spot the next generation of entrepreneurs and help them realise their business dreams.”

Previous ArticleBP Portrait Award: All female sitters on shortlistNext Article10 Mother’s Day Beauty Gifts You Can Get On a Drugstore Run