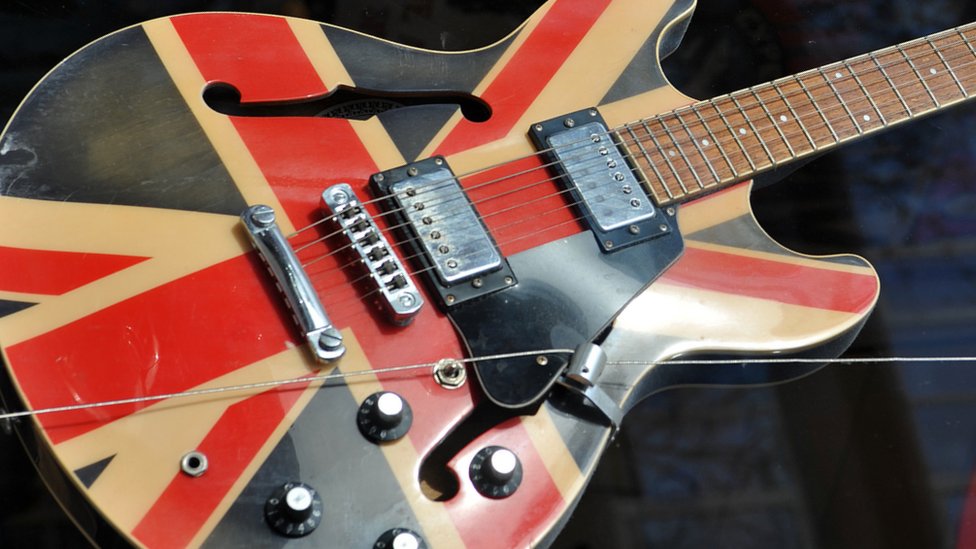 Whether you consume music digitally or collect vinyl records, Brexit has the potential to affect you.

The UK music industry, like its counterparts in other countries, has had a tough time adapting to the technological shake-ups of recent years.

But now it also has to plan for the changes that will be ushered in by the UK’s decision to leave the European Union.

Obviously there is still huge uncertainty about what the country’s future relationship with the EU will be like, since its expected departure in the spring of 2019 is still subject to lengthy negotiations.

However, it is already possible to identify areas of the music business that may feel the effects.

With the industry’s annual Record Store Day falling this year on Saturday, 22 April, record shops are enjoying a boom in sales of old-fashioned vinyl releases.

The format was widely expected to die a slow death with the advent of the CD, but in recent times, vinyl records have managed to outsell downloads.

However, when Record Store Day 2020 rolls around, there is a risk that those singles and albums could cost significantly more.

If the UK does not manage to conclude a favourable trade deal with the EU, then tariffs may be applied on goods coming into the UK.

There are now only a couple of vinyl pressing plants left on British soil, so the majority of records sold in the UK are manufactured in factories based in other EU countries. The same goes for CDs.

If tariffs on goods return, record labels will face increased costs, which they will have to pass on to consumers.

So why buy music on physical formats anyway? This is the 21st Century, so go for streaming or downloads.

Well, even there, Brexit is likely to have consequences.

The pound has fallen in value in the wake of last June’s referendum outcome. The leading music streaming services, from Sweden’s Spotify to US-based Apple Music, are all multinational firms whose pricing policies are decided elsewhere.

Apple has already increased the price of its apps this year, in a move widely attributed to the Brexit vote. Apple Music subscriptions could follow suit if the pound falls any further.

In other ways, however, Brexit will have no effect at all. Many politicians and business leaders have called for the UK to preserve its access to the European single market, but in digital terms, things are more complicated.

While goods are covered by the single market in Europe, the market for services is still very much a work in progress.

And when it comes to the distribution of digital products, including music and e-books, consumers will still find that borders get in the way.

If you have an account with Amazon UK, you can buy a CD from Amazon’s French website, but it won’t allow you to buy the same music on download.

That said, streaming services are more unified. Spotify, for instance, makes practically all its catalogue accessible everywhere in the world, with some minor variations in local-language music.

But although Brussels has failed to create a digital single market for music consumers, it has done a lot for music producers.

People who make music can make money from it in various ways. As well as selling digital or physical copies of it, they are also paid royalties every time it is played in public.

There are two kinds of these:

In the UK, the main royalty collection society is PRS for Music. Its chief executive, Robert Ashcroft, says that the European Commission made a big difference with its Collective Rights Management Directive, which came into force in the UK in April last year.

As a result, it is now much easier to license music in many territories at once, rather than having to authorise it country by country, as was formerly the case.

PRS, for example, works in a joint venture with its counterparts in Sweden and Germany, STIM and GEMA, to operate a pan-European online music rights licensing service.

This means that songwriters and music publishing companies can get paid more quickly and accurately.

“We have already been licensing our rights on a pan-European basis,” says Mr Ashcroft. “Brexit won’t stop that and it’s not in our business interest to stop it either.”

The UK’s law on music copyright has changed in recent years because of Brussels.

In November 2013, UK copyright protection on sound recordings increased from 50 years to 70 years, in line with an EU directive approved in 2011.

However, recordings that had already slipped into the public domain, such as the Beatles’ first single, stayed there.

And there is a “use it or lose it” provision for hitherto unreleased recordings from 50 years ago. If record companies have ageing tracks in the vaults that they have never issued, then they have no comeback if other people get hold of them and release them.

Will all this change when the UK “takes back control”? PRS’s Mr Ashcroft thinks not.

“I expect it to continue unless and until someone presents an argument that it’s damaging to the economy,” he says.

One area where Brexit could have a negative impact is on touring musicians. There are fears that music groups might have to scale back European tours after Brexit and fewer European acts could travel to the UK.

“We have a very healthy business in royalties that are earned when our members’ works are performed overseas,” says PRS’s Mr Ashcroft. “If there were obstacles to British bands touring, that would be a potential challenge.”

At the same time, however, he is concerned about Brexit’s potential impact on his own organisation’s staffing levels. “Eleven per cent of our employees come from countries other than the UK. We operate daily in 13 languages. We need the prime minister to give assurances that the people resident and working here can stay.”

On that basis, he feels that the UK’s music business is well integrated with the rest of Europe and hopes it will stay that way, despite Brexit: “We are so international that we think our business transcends that.”