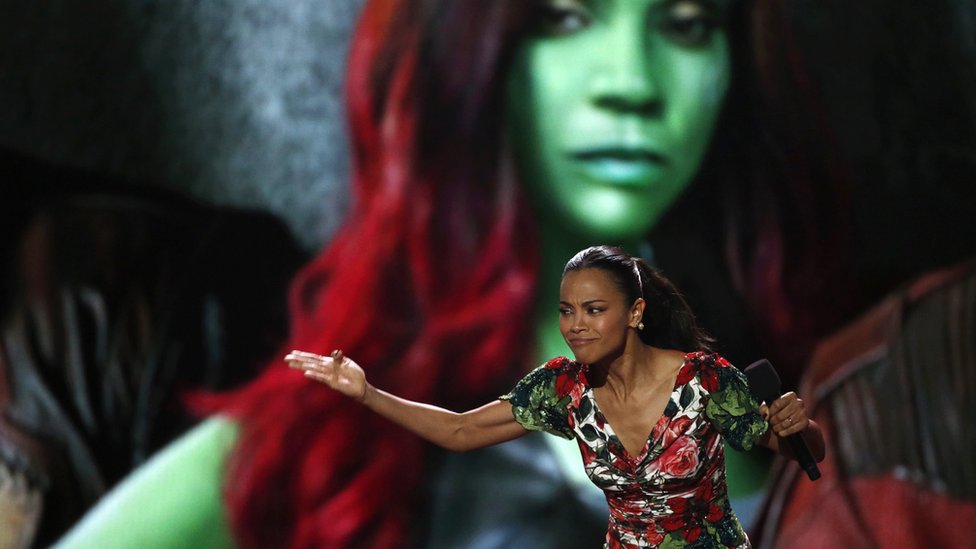 Has Zoe Saldana let slip that the title of the fourth Avengers film is Avengers: Infinity Gauntlet?

Speaking at the Guardians Of The Galaxy Vol. 2 premiere, the actress, who plays Gamora, talked about the involvement of Guardians stars in the Avengers films.

Asked about the third Avengers film on Monday, she said: “I think the Guardians just shot their part when it comes to Infinity War.

“And we all have to go back for Gauntlet later this year.”

But later on Tuesday, James Gunn, writer and director of the Guardians of the Galaxy franchise, denied Saldana had given the game away.

According to Yahoo Movies journalist Tom Butler, Gunn said Gauntlet was not the title.

The Avengers and The Guardians of the Galaxy are all part of the Marvel Cinematic Universe.

So far they have appeared in separate films, but will join forces in the next two Avengers films. Avengers: Infinity War and its sequel, which we which now know could well be called Avengers: Infinity Gauntlet or perhaps just plain Avengers: Gauntlet.

Over the weekend, Cinemablend revealed that Marvel Studios President Kevin Feige was not going to reveal the name of the fourth film because the name could be a spoiler for Avengers: Infinity War.

The infinity gauntlet is a glove specially made to hold infinity stones, including the power stone, the space stone, the reality stone, the mind stone, the time stone and the soul stone.

When all the stones are held by the infinity gauntlet, it gives the wearer the powers of a god.

The Infinity Gauntlet was a six-issue comic book limited series published by Marvel Comics from July to December in 1991.

Guardians of the Galaxy 2 is out on Friday in the UK, and next month in the US.