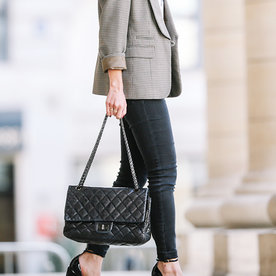 Is it time to update that résumé?

Business of Fashion just released its first-ever list of best places to work in the fashion industry and managed to whittle down the top employers of 2017 to just 16. The outlet announced their findings on Monday after taking a look at industry-leading employers around the globe. You’ll want to check out the companies, stat.

Just how did they narrow down the list to 16? The outlet conducted a survey of “2,600 industry professionals” from more than 190 leading fashion companies and split the criteria into three sections: rewards and benefits, leadership and development opportunities, and culture and working environment.

The below list of companies had the highest performances across the three categories, according to their employees’ answers.

RELATED: These 25 Companies Pay the Highest Salaries in America

Click here for BoF’s full report and read more about the survey methodology.