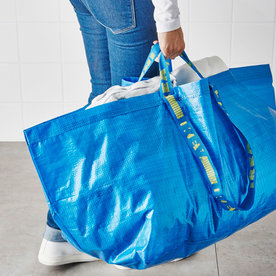 Last week, Balenciaga put a $2,145 oversize blue tote bag on the market, and it didn’t take long before the Internet pointed out the resemblance to another major company’s bag: Ikea’s $0.99 Frakta tote.

Of course, Twitter had some hilarious reactions to the bag, which costs a mere $2,144.01 more than its look-alike version.

And it didn’t take long before Ikea responded with an ad campaign of its own. In the hilarious new poster shows “how to identify an original Ikea Frakta bag,” as opposed to a knockoff. “Shake it. If it rustles, it’s the real deal,” the ad jokes. “It can carry hockey gear, bricks, and even water.”

And unlike you would with a Balenciaga bag, you can throw the $0.99 alternative in the dirt. “A true Frakta is simply rinsed off with a garden hose when dirty.” 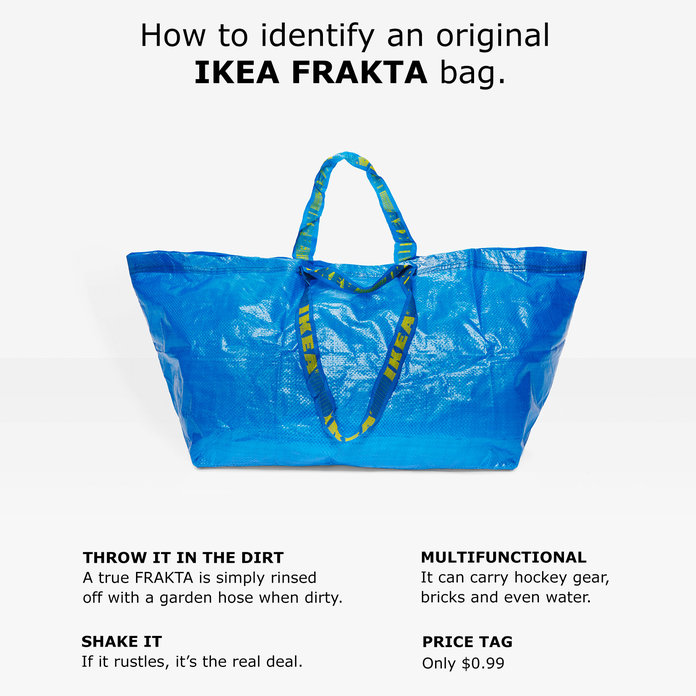 VIDEO: 5 Financial Mistakes to Avoid in Your 20s

In an official statement by the company, Ikea makes it clear this is all meant in good fun. “We are deeply flattered that the Balenciaga tote bag resembles the Ikea iconic sustainable blue bag for 99 cents. Nothing beats the versatility of a great big blue bag!”

You know what they say: Imitation is the sincerest form of flattery.