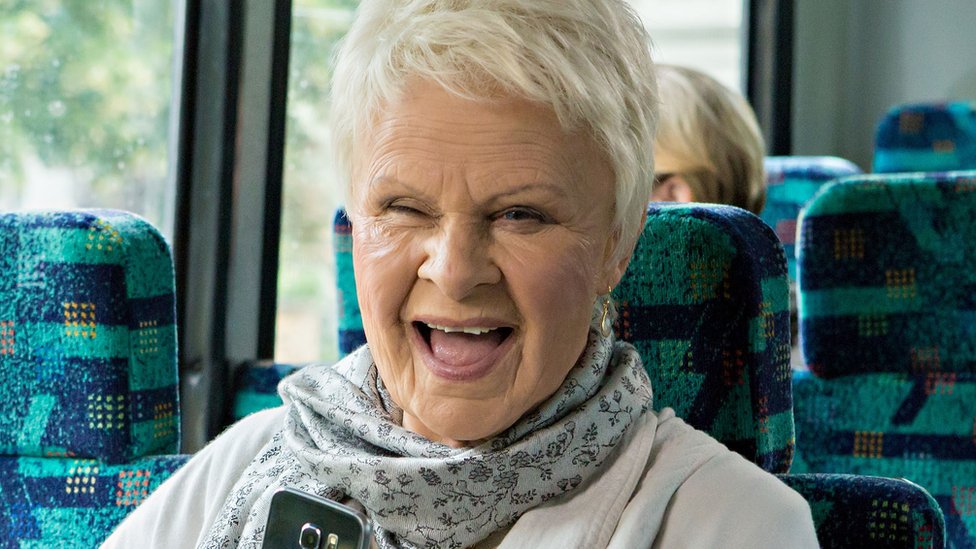 Dame Judi Dench has declared herself a big fan of comedy sketches that show her using her fame to get away with shoplifting and other petty crime.

Speaking to BBC Radio 4’s Front Row about Ullman’s portrayal, she said: “I love it. I dote on it.

“But I get into trouble now if I go into a shop with a bag over my arm.”

Ullman is “brilliant”, the actress said – but joked that the sketches in the BBC One comedy show have caused problems.

Dame Judi was speaking as she unveiled a blue plaque for her friend, the late actor Sir John Gielgud, at his former London home.

She told Front Row that Sir John was one of the greatest Shakespearean actors and that young actors would do well to learn from his performances.

“We’re in an unfortunate century where people think, ‘oh Shakespeare, it needs to be changed because we don’t understand what things mean’. That’s not so. One can understand it and John was sublime at being able to tell you exactly what it meant.”