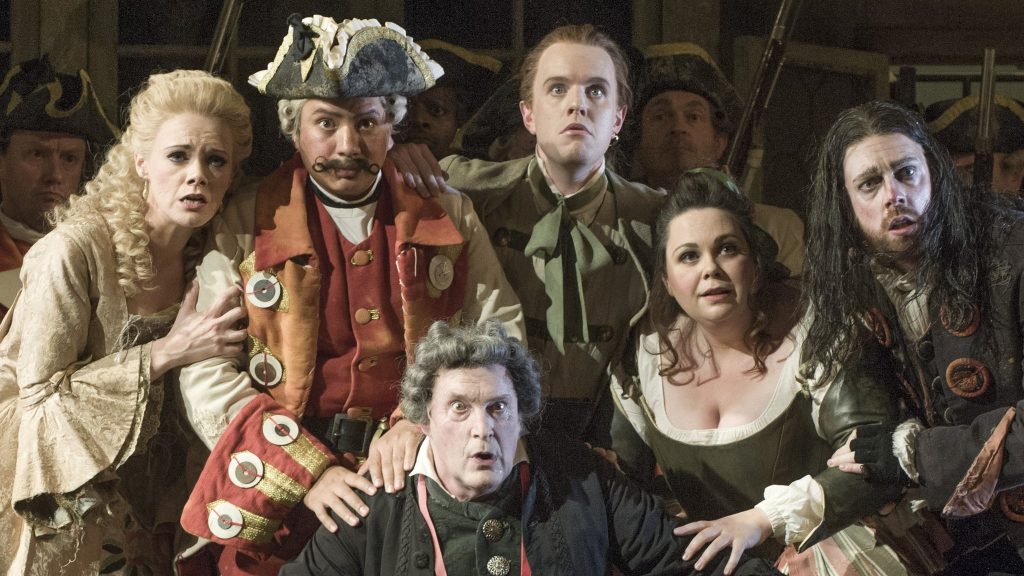 If you’ve ever struggled to hear every word being sung at an opera, things may be about to improve.

The English National Opera is to bring in diction coaches to ensure its productions are loud and clear.

Speaking at the launch of the ENO’s 2017/18 season, artistic director Daniel Kramer said: “We want to make sure that when we do sing in English it is as comprehensible as possible.”

Coaches are currently being recruited to work with the cast on each show.

“It’s a huge space in there,” said the ENO’s new music director Martyn Brabbins of the company’s 2,359-seat home at the London Coliseum.

“Some singers are more predisposed to do it than others… some singers find it more challenging. It’s a difficult thing. But tell me where you hear every word in any opera.”

It will open with a new production of Verdi’s Aida, directed by Phelim McDermott, whose Akhnaten won an Olivier award earlier this month.

The ENO has been through turbulent times in recent years.

In February 2015, the Arts Council of England cut its core funding by £5m and placed the company under “special funding arrangements”.

Two months later, the ENO announced it was cutting ticket prices in an attempt to secure its financial future.

Artistic director John Berry quit the following July after 10 years in the post.

In February 2016 the ENO chorus was set to strike over a pay dispute which was later resolved. A month later music director Mark Wigglesworth resigned after less than a year in the job.

At Thursday’s season announcement, CEO Cressida Pollock said the company was “more financially stable than we have been in over a decade”.

She said ticket price cuts in the balcony and upper circle had boosted audiences, and would be extended to the dress circle this year.

Kramer added that a new funding model – in which the London Coliseum is rented out to commercial musical productions such as Carousel and Bat Out of Hell – helped finance his opera programme.

“Bat Out of Hell is buying me a world premiere,” he said. “That’s how I look at it on paper.”

Looking further ahead to the end of 2018, ENO will mark the the 100th anniversary of the end of World War I with Benjamin Britten’s War Requiem.

In 2019 it will team up with Opera North for the world premiere of Iain Bell’s Jack the Ripper, which Kramer said would “look at the myth from the female perspective”.