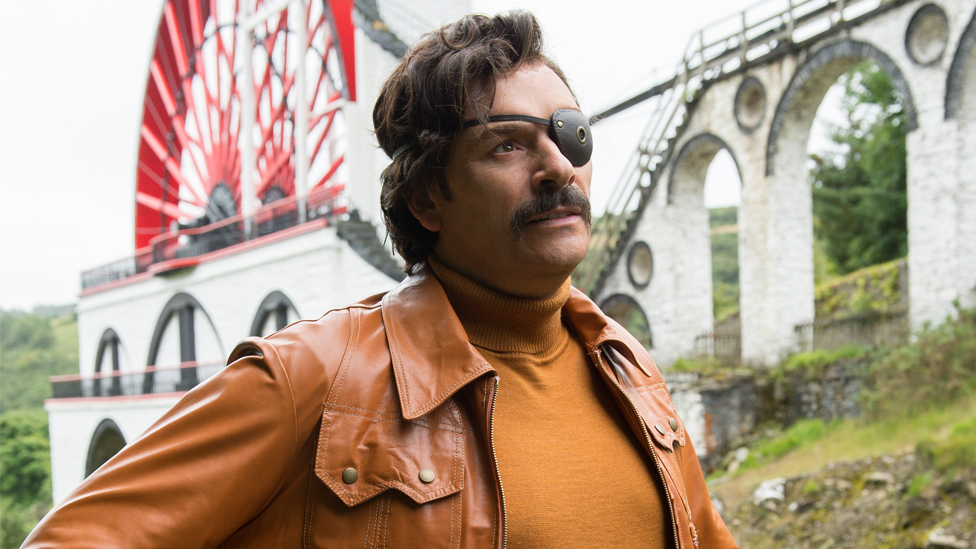 The cast and crew of the new comedy feature film Mindhorn have returned to the Isle of Man to attend a premiere in the place where it was shot last year.

While rugged Manx scenery has featured in dozens of movies, rarely has the island ever featured in the script.

More than 100 extras were used during the five-week shoot last summer which took in locations such as the Laxey Wheel and the Sea Terminal in Douglas.

Mindhorn actor Julian Barratt said: “We have come home for the Manx premiere.”

He added: “When we were coming over and saw the island come into view from the ferry, we really felt like we were coming back to where the film was born.”

Mindhorn centres around a character called Richard Thorncroft (Barratt) who became famous in the 1980s while playing a detective.

In the new film he works alongside the police to catch a serial killer who will only speak to Mindhorn, whom he believes to be real.

“By this time the character is washed-up and out of work and sees this as an opportunity to get his career back on track,” said Barratt, who starred in cult BBC comedy The Mighty Boosh.

“Quite despicably he piggybacks on the crime as a way of getting get some publicity.”

Mindhorn was co-written by Barratt and Simon Farnaby more than 10 years ago.

The pair looked at a few different options before settling on the Isle of Man as a location.

“We thought about Guernsey but that would have been too close to the idea of Bergerac so we Googled the Isle of Man and it had a faded grandeur about it which is very much like Richard,” said Farnaby.

“The island gets a gentle ribbing in the film but it’s done with affection and I think it will be taken well.”

Mindhorn, directed by Sean Foley, is out in the UK on 5 May.