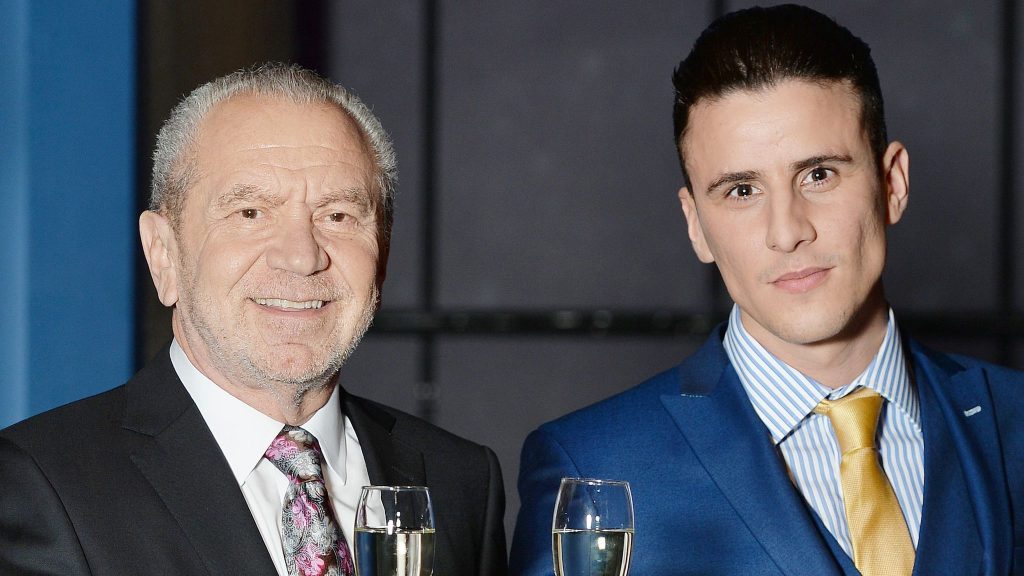 Lord Sugar said: “I’ll still be on hand to offer any help and advice required. I wish Joseph and ImpraGas all the very best for the future and will follow their progress with much affection.”

Lord Sugar will now divest himself of his interest in the company, with Valente acquiring his shareholding and taking full control of the business.

Valente added: “I am so grateful for everything Lord Sugar has done for me and I could not have asked for a better partner in the early stages of my business career.

“I owe him a great deal. I am confident that with the winning business model we created together, I can continue to grow the business successfully.”

So how many Apprentice winners does that leave who are still working with Lord Sugar?

Of the 12 winners of the UK series of The Apprentice, five are still working with Lord Sugar.

Interestingly, all five won the show after a format change which saw Lord Sugar invest £250,000 in a business idea, rather than offering the winner a job in his own company.

After his time on the show, Pelleraeu used the investment to invent and bring to market a curved nail file, which is now stocked by major supermarkets.

Wright is still working with Lord Sugar on his company which uses digital marketing to help small businesses grow.

And Spencer, who won the most recent series, is in the process of launching her own bakery firm.

Seven of the 12 winners have since parted company with Lord Sugar – many on perfectly good terms… others less so.

The very first winner, Tim Campbell, worked for Lord Sugar for a year before leaving (with his boss’s blessing) to set up a male grooming business, and more recently a digital marketing agency.

Michelle Dewberry worked for Lord Sugar for 11 months but left to set up her own company and a media career, appearing regularly on news programmes such as Sky’s weekly discussion show The Pledge.

Simon Ambrose worked for Lord Sugar for three years but left to pursue his own ventures, while Lee McQueen also left after two-and-a-half years to start his own sales recruitment and training agency.

Yasmina Siadatan stayed in her job with Lord Sugar for a year but became pregnant while she was there and didn’t return after maternity leave. She later set up her own restaurant.

Stella English’s departure from her job with Lord Sugar was far less friendly – she unsuccessfully sued him for constructive dismissal.

But she went on to work as a TV presenter and management consultant.

Lord Sugar has previously called on the BBC to commission a new TV series to catch up with former contestants and find out where they are now.

If such a show ever came to fruition, it certainly wouldn’t be short of material.

Previous ArticleCarrie Dragshaw Is the Style Icon Your Instagram Feed NeedsNext ArticleCaution! The celebs who are wary of Twitter