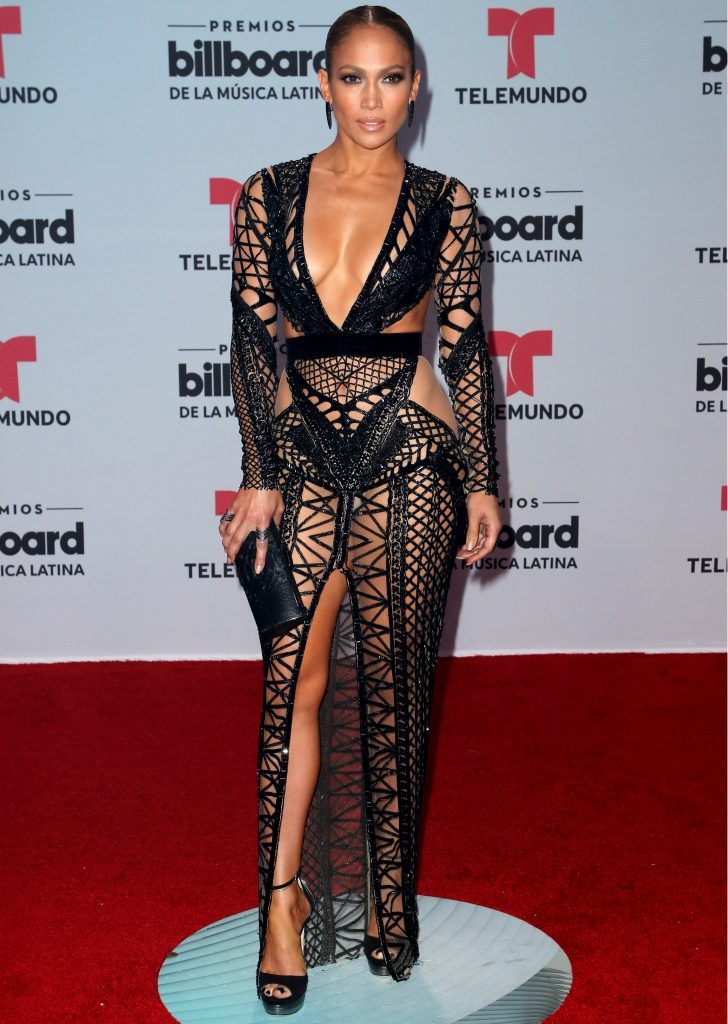 If there’s one thing we know about Jennifer Lopez, it’s that she doesn’t do subdued. Why stop at one sexy naked dress when two can really hammer the message home? That’s exactly what she did Thursday night in Florida at the 2017 Billboard Latin Music Awards, stealing the show in not one, but two, revealing looks.

The 47-year-old singer dropped jaws when she first hit the carpet in a black Julien Macdonald dress that left little to the imagination: between the cutouts, the plunging neckline, and the slit up to there, we were rendered speechless.

J.Lo did a quick-change a bit later into the evening, emerging once more to perform her new Spanish-language single, “Mirate,” in another Julien Macdonald number, a metallic version of the first. Signature nude lip and sleek pony, included. The mother-of-two also scooped up two awards: one for social artist of the year and Telemundo Star Award.

“Moments like these are proof of hard work and we are lucky if life blesses us in this way,” she started. “I love you so much. I feel blessed to be part of this creative world and to be able to represent our Latin community. I feel at home. I am humbled to be here in your presence and accept this award.”

J.Lo’s talent and confidence, coupled with her humility, truly makes her a force. A-Rod, you’re one lucky man! Scroll through for a closer look at her sizzling dresses from last night.