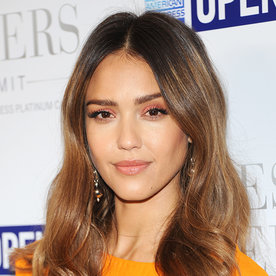 Jessica Alba partied like a rock star for her 36th birthday—literally. The festivities, which took place in Los Angeles on Friday, were Michael Jackson- and Prince-themed and fully star (and sequin) studded. The evening commenced with dinner at culinary hotspot Delilah in West Hollywood. Such guests as Cameron Diaz and Beyoncé then adjourned to the Peppermint Club, where the Honest entrepreneur gave a speech and bantered with husband Cash Warren, who joined her onstage for a kiss, according to People.

VIDEO: How to Get Jessica Alba’s Five-Minute Waves

The birthday girl looked stunning in a navy blue jumpsuit with a sparkly, embellished purse, and black pumps. She wore her hair in waves and finished off the look with a bright lip and a smoky eye. 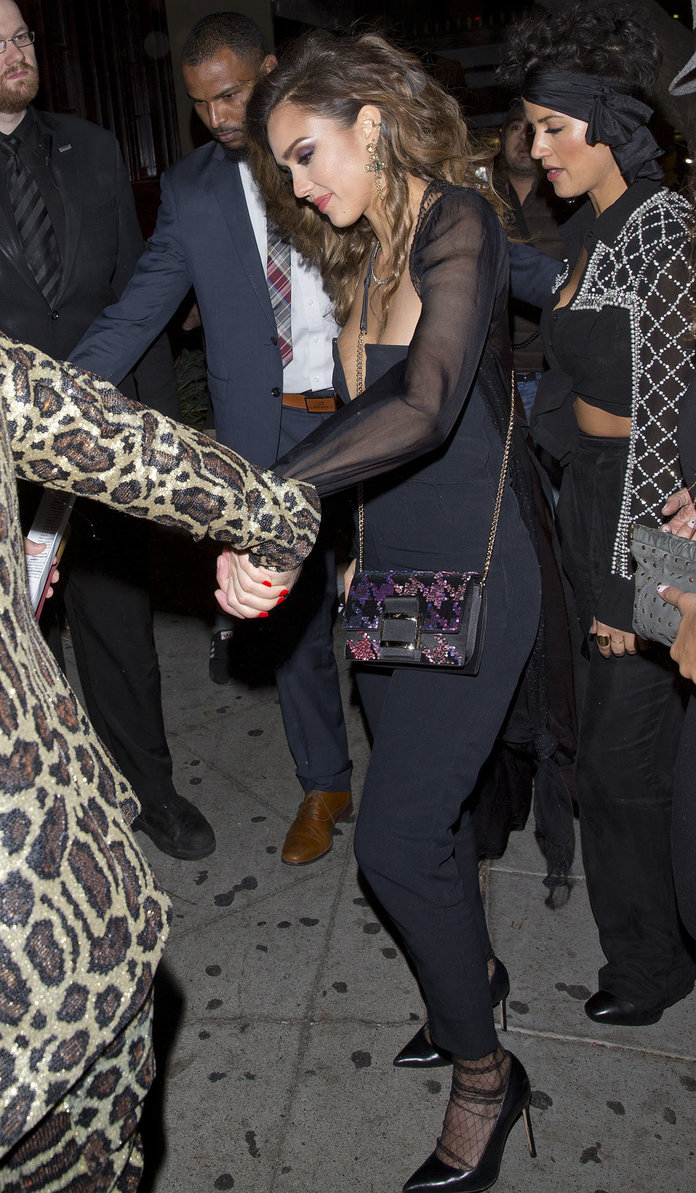 Alba was treated to two cakes—one after dinner and one at the club bash—the latter of which was festooned with sparklers. In further exciting news, there was a Destiny’s Child moment as Beyoncé and Kelly Rowland arrived together (they’ve been spending a lot of time together lately); other celeb guests included Jaime King, Shay Mitchell, and Nicole Richie.

Doting husband Warren, for his part, also paid homage to his wife on Instagram yesterday, posting a cute picture of himself and Alba with the sweetest caption. You can read the lengthy homage to Alba in the caption below, but first, an excerpt.

“Thank you for giving me a lifetime of experiences that I can’t describe with words. Happy Birthday my babe!!”

From the looks of things, it was a very happy birthday for Alba, indeed.