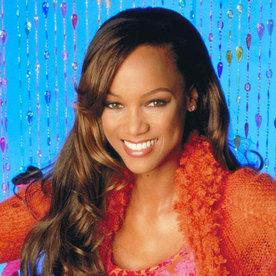 Tyra Banks is officially set to shine bright, shine far, and be a star once again.

The top model is returning for a sure-to-be dazzling sequel to her hit TV movie Life-Size, but there’s a very exciting—and festive—twist.

While Banks confirmed back in 2015 that she was definitely going to reprise her role as Eve in a second flick, we didn’t know much about the new film until now. This time around, everyone’s favorite doll Eve is all grown up as she finds herself magically awoken to help a young woman learn to live and love again. Along the way, Eve herself will experience the ups and downs of real life in what the network describes as a “fun, edgy, modern Christmas movie.”

Life-Size 2 will premiere in December 2018 as part of Freeform’s extremely popular 25 Days of Christmas programming lineup.

No other casting announcements have been made, and there’s no indication that Lindsay Lohan—who starred in Life-Size alongside Banks—will return.

We can’t wait to tune in.