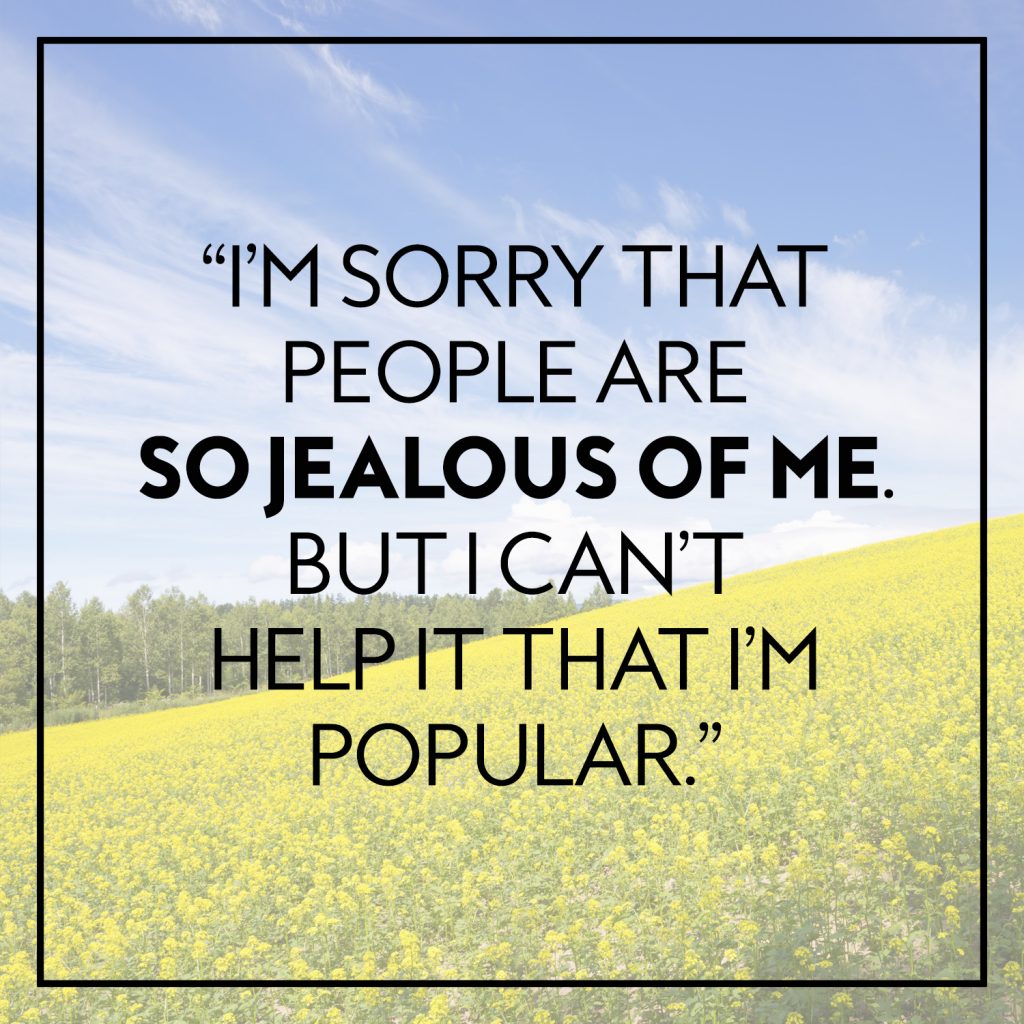 Whether you consider yourself a Plastic, a Burnout, or a Cool Mom, Mean Girls assuredly touched you in some personal way. Even over a decade after its debut, the brilliant movie about North Shore High and its many cliques remains a masterwork that holds up to the test of time–and teen scrutiny. Its quotes? Equally enduring.

Indeed, it’s probably one of the most quotable films in history. Mean Girls gave us such gems as “Is butter a carb?,” “You can’t sit with us,” “I don’t hate you ’cause your fat. You’re fat ’cause I hate you!”, to name just a few. In honor of the film, which celebrates another anniversary on April 30, here are some Mean Girls maxims laid out as inspirational quotes to get you going in the morning.