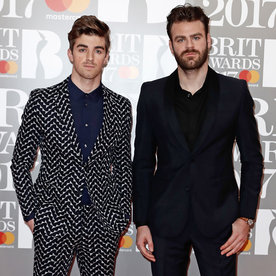 The Chainsmokers just made prom night even more memorable for teens at a suburban Chicago high school this weekend. The DJs were gearing up to play a show at All State Arena in Rosemont when they heard that Huntley High School was having their prom celebration at a nearby hotel. Crazily enough, the duo decided to crash the prom and give the students of Huntley High School the best night of their lives.

From their official Twitter account, The Chainsmokers tweeted, “Just crashed Huntley High schools prom! That was awesome! Have a good rest of prom.” They quickly posted a photo after of the festivities with a caption that answered the question so many people seemed to be asking. Why show up at a high school prom? “Crashed this prom just now,” read the caption. “It was across the street from our arena show, so why not :)”

We can’t think of a better reason. It clearly made the students happy as the photo showed hundreds of teens with ecstatic smiles on their faces and their hands in the air.

RELATED: Here’s How to Write a Chainsmokers Song from Scratch

The Chainsmokers are currently making headlines with their recently released album, Memories Do Not Open. It features several collaborations with popular artists like Coldplay and Florida Georgia Line.