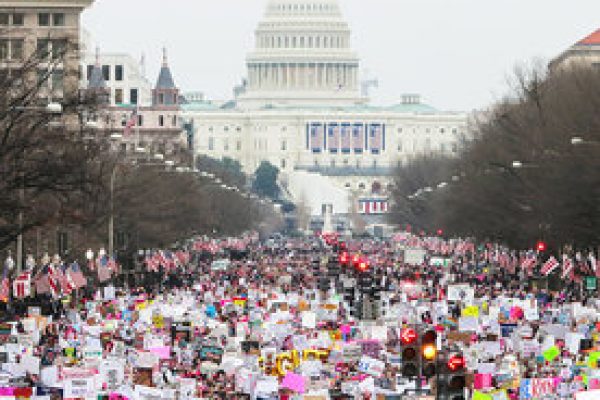 On Monday afternoon, the organizers behind January’s worldwide Women’s March took to Twitter to announce their next course of action: a women’s strike.

The Women’s March Twitter account has kept mum on most of the information surrounding the strike, and didn’t provide much detail other than that the strike will be happening. The Tweet’s caption read, “The will of the people will stand,” over an image graphic that said, “General Strike: A Day Without a Woman; Date to Be Announced.”

The announcement comes on the heels of a few other strikes planning on taking place this month, such as the general workers strike on Feb. 17 to protest the Trump administration’s policies, the Yemeni bodega strike to protest the immigration ban, as well as the hour-long New York Taxi Workers Alliance strike in support of the immigration ban protests at J.F.K. airport in New York City.

RELATED: The Women’s March in Photos

We’re sure the Twitter account will post more details as the day intended for the strike nears, so keep your eyes peeled for dates, times, and general information on the event.